In this article, I will introduce you to flamegraphs, how to use them, how to read them, what makes them unique, and their use cases.

What is a flamegraph#

A flamegraph is a complete visualization of hierarchical data (e.g stack traces, file system contents, etc) with a metric, typically resource usage, attached to the data. Flamegraphs were originally invented by Brendan Gregg. He was inspired by the inability to view, read, and understand stack traces using the regular profilers to debug performance issues. The flamegraph was created to fix this exact problem.

Flamegraphs allow you to view a call stack in a much more visual way. They give you insight into your code performance and allow you to debug efficiently by drilling down to the origin of a bug, thereby increasing the performance of your application.

Coming from a background working as a frontend developer at Grafana I'm no stranger to open source performance monitoring. I was part of a team that was responsible for the overall user experience of Grafana and performance was one of the key considerations. Along the line, I learned about a debugging technique known as profiling for monitoring application performance and fell in love ever since.

What is continuous profiling#

“Profiling” is a dynamic method of analyzing the complexity of a program, such as CPU utilization or the frequency and duration of function calls. With profiling, you can locate exactly which parts of your application are consuming the most resources. “Continuous profiling” is a more powerful version of profiling that adds the dimension of time. By understanding your system's resources over time, you can then locate, debug, and fix issues related to performance.

As a frontend developer, my experience with profiling was limited to the browser. However, in the course of my study, I discovered a new pattern of profiling that seems exciting– continuous profiling. Similar to how you use the profiler in the dev console to understand frontend performance issues, continuous profiling allows you to profile servers from various languages 24/7 and be able to understand resource usage at any particular time.

Since then, many major performance monitoring solutions have joined them in releasing continuous profiling products. As time has gone on, the continuous profiling space has been getting increasingly popular as various companies/VCs are more frequently making major investments in Continuous Profiling to keep up with demand for this type of monitoring. 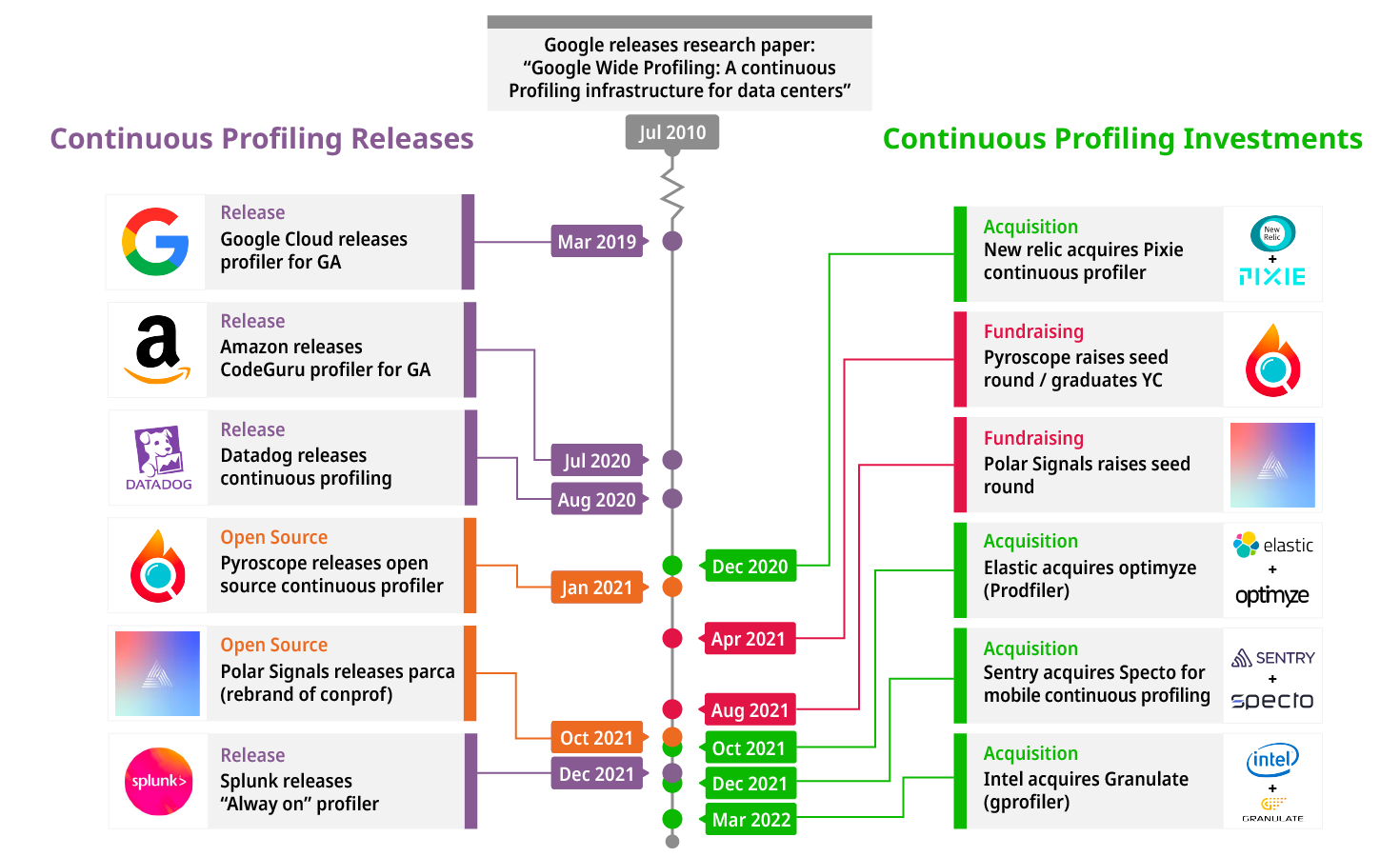 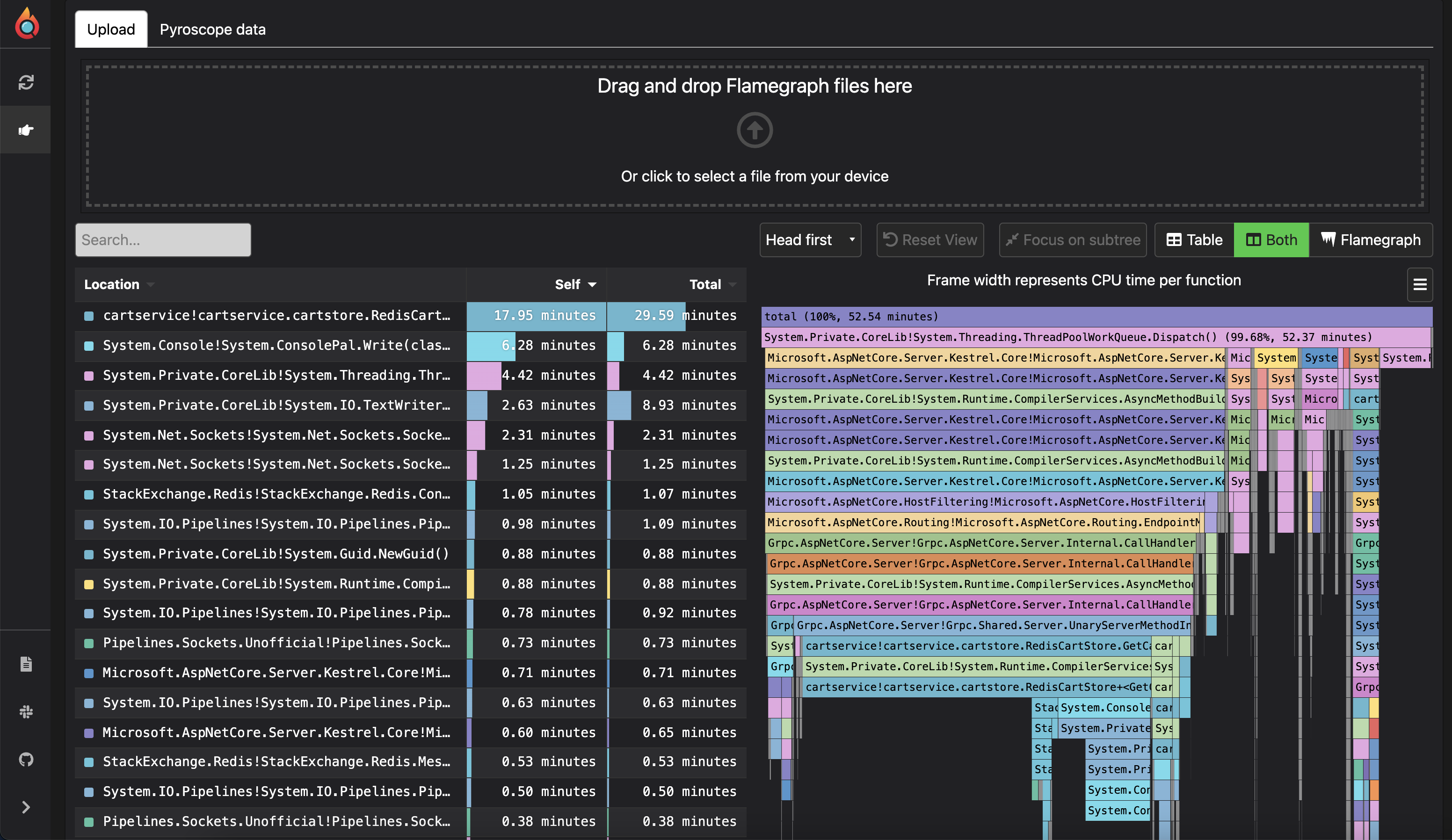 Why we added adhoc profiling#

While most profilers are built for more static or adhoc analysis (ie.profiling a script), Pyroscope's continuous profiling gives you the opportunity to jump around to any point in time. This fluid profiling is beneficial for understanding performance issues in your application. However, as we continued to improve on Pyroscope UI/UX, we identified ideal situations to use static profiling instead of running a profiler continuously, including profiling scripts and attaching a running process.

Our goal is to make Pyroscope a one-stop-shop for all profiling needs. That means supporting all languages, all flamegraph formats, continuously profiling servers, and, of course, quickly profiling an adhoc script.

That being said, we are excited to officially release Adhoc profiling mode for Pyroscope! With adhoc mode, you get all the convenience and simplicity of profiling a script, as well as Pyroscope's stellar visualization and UI functionality.