Using flame graphs to get to the root of the problem#

I know from personal experience that debugging performance issues on Python servers can be incredibly frustrating. Usually, increased traffic or a transient bug would cause end users to report that something was wrong.

More often than not, it's impossible to exactly replicate the conditions under which the bug occured, and so I was stuck trying to figure out which part of our code/infrastructure was responsible for the performance issue on our server.

This article explains how to use flame graphs to continuously profile your code and reveal exactly which lines are responsible for those pesky performance issues.

Why You should care about CPU performance#

CPU utilization is a metric of application performance commonly used by companies that run their software in the cloud (i.e. on AWS, Google Cloud, etc).

In fact, Netflix performance architect Brendan Gregg mentioned that decreasing CPU usage by even 1% is seen as an enormous improvement because of the resource savings that occur at that scale. However, smaller companies can see similar benefits when improving performance because regardless of size, CPU is often directly correlated with two very important facets of running software:

So when you see a graph of CPU utilization that looks like this: 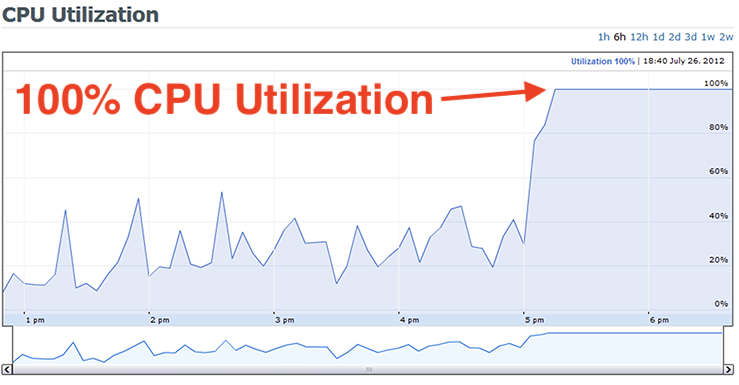